Hunting is a Dying Tradition, and We Need to Save It 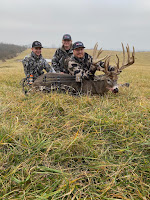 When America was still wild and unsettled (though some may not so wrongfully claim it still is), hunting was a natural, necessary way of life. It was how the pioneer fed his family, how the fur trader acquired his wares, and how they all protected themselves. True, some of those practices were abused and caused some animal populations to become dangerously low, but we are aware of that now and working to remedy those issues.

Now, hunting is viewed as a "just" a sport. Many hunters in the Midwest, like Ohio, hunt big bucks for the thrill of the kill and also their knowledge of how it keeps the deer population in check. We know hunting as a time of gathering together, usually with your family, sometimes your friends, to spend time laughing, talking, remaining silent, and just reconnecting with each other and with nature.

According to the National Survey of Fishing Hunting and Wildlife-Associated Recreation in 2016, there were around 90.1 million Americans that enjoys hunting, fishing, and wildlife recreation. This figure amounts to the 38% of the total population of the United States. Specifically, the number accounts for 16-year old individuals and older. About 12 million of those specifically were hunters, a drop of about 2 million from the year before. 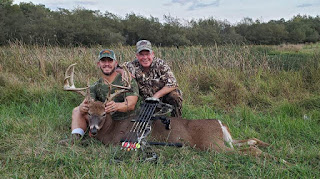 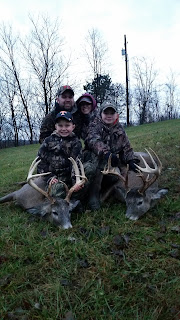 Former Secretary of the Interior Ryan Zinke said, “Hunters and anglers are at the backbone of American conservation, so the more sportsmen and women we have, the better off our wildlife will be. Some of our wildlife refuges have great mentored hunting programs. I'd like to see these programs replicated and expanded across the country, and reach into areas where kids don't traditionally get the opportunity to hunt, fish, and connect with wildlife. Some of my best family time growing up and raising my own kids was hunting an elk, enjoying a pheasant, or reeling in a rainbow. These are the memories and traditions I want to share with future generations."

We need to keep this tradition alive. Many seasoned hunters are aging and not being replaced by younger generations. This is troubling because without those buying licenses and such, less money is going toward real conservation of wildlife. Hunters are probably some of the most environmentally-conscious people out there because we know what goes on out there and how places for wildlife to roam free are being taken over by man. 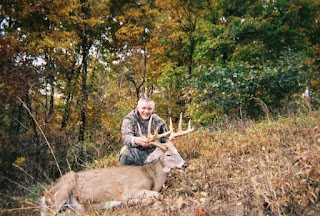 Why Go on a Guided Hunt?

To do it right, hunting requires time, and lots of it. You have to do the research, then more research, especially if you are traveling far from home. Ideally, you’ll be able to do some pre-hunt on-the-ground scouting to supplement all the Google Earth mapping, topographic map reading, and whatever info you’ve gleaned from speaking with people. Failure in any one of those things will cut your odds drastically. You have to put in the time, and be willing to spend a lot of days in the field – especially on unfamiliar ground. A guided hunt might be your best option, at least the first time or two. Generally speaking the best chances for shooting a whopper buck is on private land where the gates are locked, food plots and crops are planted specifically for deer, and the harvest is tightly controlled. One thing you have to remember is that there are no guarantees of success in fair chase hunting, no matter how much money you pay. So how do you find a quality guided hunt? The best way is wor 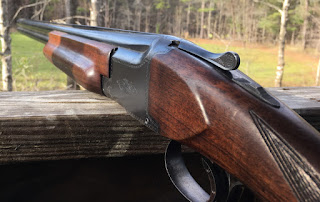 If you are like us, you kind of like to shoot your guns, even when you are not hunting big whitetail bucks. Target practice keeps you sharp and ready for when that next hunting season comes around. But you know that every time you shoot your gun, there is residue left over, and over time, that residue can build up and ruin your gun. A dirty gun can cause lethal implications, and you definitely don't want that. So today we are going to take a look at how to do some basic maintenance of your shotgun. First, we hope that you understand the first rule of holding a gun, but we are going to repeat it anyway. ALWAYS treat a gun like it is loaded, and ALWAYS point the gun away from you and anyone else. Keep your finger away from the trigger too. Second, unload the shotgun. If it has a magazine, make sure the magazine is empty before proceeding. Double (and triple) check, and then put away the ammunition in a safe place. Third, remove the barrel. If you have a pump-action shotgun, twist of 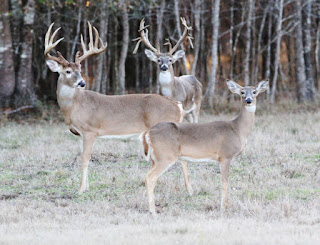 How to Prepare For Fall Whitetail Hunts in the Spring

This Spring, we know that you, as an avid whitetail deer hunter, are itching to get back out in the stand or blind this Fall. The days seem to just be dragging on until you can finally dawn your camos, pack your bow or gun of choice, and head out into the sticks in search of a trophy. While you’re waiting, there are steps you can take to bide your time and prepare for the Fall. Purchase You License This may seem simple, but it can pass time for you if you have whitetails on your mind. Head over to your approved ODNR hunting license dealer and start planning in your mind what kind of tags you're going to purchase this year and if you’re going to target doe or bucks. Clean, Sight-in Your Bow or Gun Whether you hunt with a shotgun, rifle, muzzleloader, or bow, it is important to take inventory of your arsenal before you get out into the field. Guns will require regular cleaning to fight rust and reduce the likelihood of jams. Tweak your scope to make sure it is spot on. Your bow will